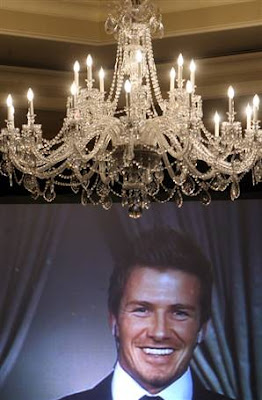 Representing BK to the fullest.

Hard to be more on point than dude here. [Props for the Marlo header shot too!] But to not attempt even a half-hearted post on this occasion would be failure of the highest order.

Image has always been everything with Becks, whether it's the endless permutations of follicular placement or his iconic, inimitable, impossibly-balanced shape upon striking the ball. Wow. Bet you though this was about to get real squishy. Let those with distinguished Scottish accents get away with the waxy poetics. I'd prefer to be as reductionist as possible.

+ Inscrutable: Watching this will hopefully underscore how pointless, or at least unnatural, a highlight reel feels re: Beckham. He's most effective (most famously) from dead ball situations, with inch-perfect crosses and lofted balls, or without the ball completely, doing his decapitated chicken bit in the midfield. Watching him score goals in the run of play feels ridiculous; I wonder what it'll look like in the (weird!) MLS.

+ Galactic: Generally a disaster in practice, the whole Galactico era at Madrid sometimes bore some really pretty, rather fascinating fruit.

+ Petulant: More so than that wonder goal @ Wimbledon, what first put Beckham's name atop the so-called red-tops in England, for all the wrong reasons.

+ Caught Offside: Most remarkable for SBC's comic agility & quickness and for a somewhat-respectable performance by Posh. And a common misconception (ha!) about Brooklyn dispelled.

+ Capitalist: Get ready for the deluge; as far as these go, this passes for classic. Shouts to Mean Joe Green.

+ Humbled: The worst of times.

+ Superlative: The best of times.

+ Triumphant: Out on top.

People are making monumentally stupid comparisons to other "transcendent" sports figures (NASL-era Pele, Gretzky etc.), but the easiest and truest equation to American celebrity -- if you absolutely need one -- is right in front of our fat expectant faces: Tom Cruise.

Much like my boy Unemployment I fucking love Tom Cruise. I love Mission Impossible Tom Cruise; I love Eyes Wide Shut Tom Cruise -- incidentally the most flawless portrayal of "Tom Cruise" in cinema history (His character's incessant ID-pulling -- "Bill Hartford, Doctor" -- might as well have read "Tom Cruise, Actor"). Tom Cruise does "Tom Cruise" and all its attendant "Tom Cruise Shit" better than anyone. He does one thing better than the rest of the world: the "Tom Cruise Ingratiating, Beaming, Beatific Tooth-Face™." As a producer you don't hire an actor for, say, Valkyrie; you hire "Fucking Tom Cruise." Same with Beckham (it's no wonder they're friends). On the right days, Beckham strikes the ball with his right foot truer than anyone on the planet; that's what he does well. That, and sell things. That's pretty much it, and generally while wearing expensive shit. So that's what MLS is getting: the Tom Cruise of world football. Which is not bad in my book.

UPDATE: He has a blog.

Quarter-mil should be enough to drop the charges. 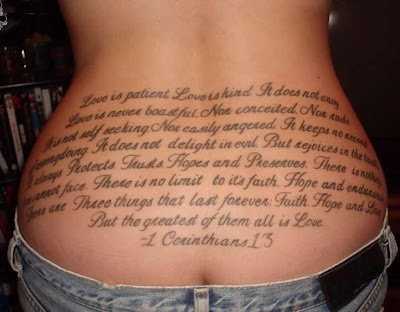 Never mind that. Lemme oil up your arm.

Nothing to see here, ladies and gentlemen. Merely warrants issued by a Brazilian judge for a few major shareholders of Corinthians football club. Move along, please. Just your normal exiled Russian billionaire and British-Iranian sports agent accused of money laundering and forming a criminal enterprise. All is well.