More Kobe Bryant of an artist.

Won rings with my performance.

Goals of The Tournament Numbers One, Two, and Three -- order depending on what skill-sets you prize -- happened in the first 20 minutes of Ecuador-Chile.

That statement was true for about 30 minutes last night, 21 minutes into Brazil-Mexico to be precise. Nery Castillo's (WHAT!) and Ramon Morales's efforts quickly shunted those 3 down the ladder of sublimity, though they deserve mention in what was a pretty all-around amazing day of futbol. Just later. Now, regarding the above clip...

AB-SURD! AIN'T EVEN TOUCH THE GROUND BEFORE IT WAS IN THE NET! DO WE EVEN KNOW WHO GOT CLOWNED?! (JUAN.) ARTISTRY WORTHY OF -- YEP -- A BRAZILIAN. And Morales' 30-yard STUNNA was no slouch either. All credit to Mexican keeper Guillermo Ochoa as well for some out-of-his-skin saves in keeping Brazil scoreless. Scoreless.

Reigning blueandcream (¡respeito a los arquitectos!) Young Playa of the 2006 World Cup Luis "Michael-Thriller-Era-Jackson" Valencia (a.k.a. "Best All-Around Boytoy", as voted on by House Arbiter of Male Pulchritude, Miss Emcee M.C.) scored the first of the match, a pearl of a chip that curled into the upper left corner of the Chilean net after an equally lovely lofted ball over the defense (after a goal kick, even!). This all took about 7 seconds.

Then, maybe 9 minutes later, Humberto Suazo (nicknamed "El Chupete," literally one of these) let loose with what some Englishmen would call a Ripsnorter, tearing venomously past the Ecuadorian 'keeper. Before I could even 'skine that bit of info, Ecuador had gone ahead again, taking advantage of some slack Chilean defending. Easily the most exciting 45 minutes so far. Suazo tied it yet again, and Hector Villanueva won it with a gorgeous free kick.

All props to Gosfais for 1) predicting a somewhat less-than-brilliant Brazilian effort and 2) eagle-eyeing the Chilean Valdivia many months ago. He looked a live wire, though Suazo took all the plaudits.

Two losers on the day, but both teams played well enough to win. It only gets better, one would hope.

My mind is older. 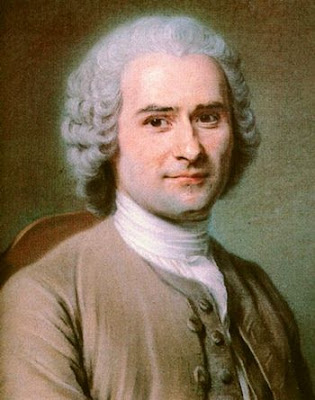 When things get for real.

Joyeux anniversaire to dude, dude, & other dudes with French surnames.