Run for the border. 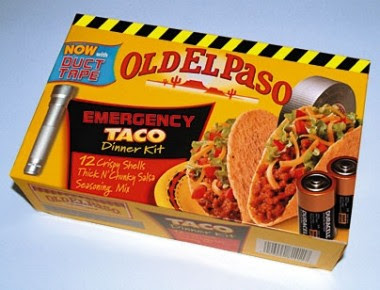 Go get a taco.

Alright, The Don has kept you on the line long enough. Time for Part Two of Daniel Corry's post (Read Part One!). And, appropriately, for Brazil-Mexico. Nossa!

If you thought to yourself, “Why does he need taco shells mailed to him if he is in Brazil?” The answer to that question is: go to Taco Bell and ask Aaron or Jose to stick the sour cream gun in your least favorite orifice until you achieve enlightenment. No one eats tacos in Chile, Argentina, Brazil and probably a lot of other countries in the south of South America. Mexico is far away and is thought of as a totally foreign place to people way down here. In fact, the only way to find taco shells down here is to go the richest supermarket chain and buy OLD EL PASO taco shells for like R$16. Or you can go to a Mexican restaurant, mimicking the experience of a Chinese immigrant paying R$12 for a box of chop suey at the restaurant down my street -- expensive and bad to those who know better.

So when Mexico plays Brazil this Copa, don’t think of them as brother countries any more than you would when the US plays, say, Denmark. In fact, when I asked Silvio if he is going to watch the Copa he said ‘no’ for two reasons. 1: the team sucks right now (0-0 with Turkey; Kaka and Ronaldinho on vacation) and two (after I told him the groupings): “Brazil doesn’t have luck against Mexico. You know this? Brazil doesn’t have luck in South America tournament. Brazil have luck in world tournament.”

The same sentiment was mentioned in terms of the recently expired Copa Libertadores (Argentine Boca whooped Brazilian Gremio in the finals). In fact, the name of that last-mentioned cup, which harkens back to Simon Bolivar & Co., liberators of South America from Spain, doesn’t have anything to do with Brazilian history. So in both these cups Brazil never quite feels at home among the people they themselves call ‘latinos,’ and so don’t expect them to vanquish in that group of death.

I mean, jeez, when the pope draws a line, it means something.