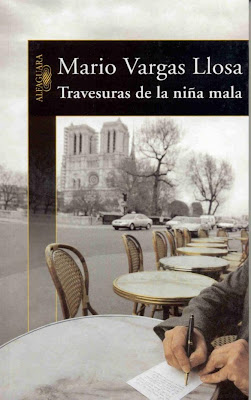 So go and sue me then.

Peru-Venezuela should be interesting, and not merely because of the insight that Emily Parker's great WSJ interview with Peruvian author, and former presidential candidate, Mario Varga Llosa provides.

Mr. Vargas Llosa's bold ideas and expressive language may make him one of Latin America's finest writers--"Aunt Julia and the Scriptwriter," "The Time of the Hero" and "Conversation in the Cathedral" are just a few of his classic works--but those same traits didn't necessarily serve him well at the polls.

During the 1990 presidential campaign Mr. Varga Llosa emphasized the need for a market economy, privatization, free trade, and above all, the dissemination of private property. He didn't exactly receive a welcome reception. "It was a very different era, because to speak of private property, private enterprise, the market--it was sacrilegious," he says. "I was fairly vulnerable in that campaign," he continues, "because I didn't lie. I said exactly what we were going to do. It was a question of principle and also . . . I thought it would be impossible to do liberal, radical reforms without having the mandate to do them."

And befitting MVL's characterization of himself, he is more than forthcoming about Latin America and one of the hemisphere's most polarizing figures:

He is relatively upbeat about Latin America today: "I'm not as pessimistic as others who believe that Latin America has returned to the time of populism, leftism." The region has its problems, to be sure, one major one coming from Caracas in the form of Venezuelan President Hugo Chávez. But according to Mr. Vargas Llosa, perhaps what is most remarkable is what Mr. Chávez has not been able to do. "We have a big problem with Chávez," Mr. Vargas Llosa admits. "He's a demagogue and a 19th century socialist. He is a destabilizing force for democracy in Latin America, but what he thought would be so easy hasn't been so easy. There has been a lot of resistance."

One of Mr. Chávez's major errors was his refusal last month to renew the license of popular Radio Caracas Television, or RCTV. "International hostility was enormous," Mr. Vargas Llosa notes. "For me, most important was that the protests in Venezuela were very strong, in particular the sectors that were once very sympathetic to him, for example the students in the Central University of Venezuela, not only the students in the private universities."

It is such infringements of free speech that highlight why in places like Latin America, reading a good novel can be much more than just a pleasant way to spend an afternoon. "I think in countries where basic problems are still unresolved, where a society remains so traumatized by deep conflicts--as in Latin America or in Third World countries in general--the novel is not only a form of entertainment, but it substitutes for something that these societies are not accustomed to seeing--information, for example," Mr. Vargas Llosa says. "If you live in a country where there is nothing comparable to free information, often literature becomes the only way to be more or less informed about what's going on."

UPDATE: For those that want to focus their anti-imperialist fury inward, check out this NYTimes piece from Sunday's Magazine, where the stones @ Machu Picchu play a significant role.