Just last week I was out in Italy. 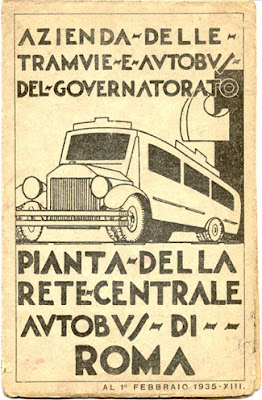 Neither Don Rodriguez nor myself are lucky enough to be planning a trip to Rome -- for pleasure or otherwise -- anytime soon, and we're certainly not the fortunate sort who have tickets to see the first-ever matchup of Manchester United and AS Roma, two teams of which we are both very fond.

Don Rodriguez played layabout for six weeks one spring, loving -- in no particular order or fondness -- Monteverde, the number 66 bus, not ever paying for the number 66 bus, gelato (early, often, and obviously), and the greater part of the Temple Tyler female art student body, some of whose nicknames actually contained the word "body." Also, tattoos of cellos, which he thought pretty, and Francesco Totti, who many also think pretty, though he is no cello, and certainly no tattoo of a cello. Me, well, I just liked Eric Cantona.

None of this wistfulness has anything to do with the letter Man U posted on its website, addressed to the sizeable contingent of English fans traveling to Rome for Wednesday night's (here, afternoon's) Champions League match. It's both hilarious and profoundly unsettling, written with classic British politesse (or would that be French?) and understatement, though in some of the blunt urging of their fans to avoid certain (HIGHLY SPECIFIC) sections of the city, might a cynic not detect a slightly more untoward sentiment? Because this is long enough, I'll save the Isn't-This-Part-Funny/Great/Weird commentary and just put which parts of which I'm an unqualified fan in itals (ha?). Enjoy.

The following document, whilst quite lengthy, contains some very important information regarding the forthcoming match in Rome. PLEASE will you carefully read all of the information provided.

It is particularly Important that you take advantage of the public transport shuttles leaving at 5pm from the Piazzale delle Canestre. Fans of other English clubs who have made their way independently to the stadium have reported on a number of occasions problems with getting back to the City Centre after the game and there is a real danger of being attacked by the 'Ultra' fans of AS Roma. We realise that fans travelling independently may not wish to give up that independence but we ask you to consider your own safety and welfare as being of paramount importance.

We are told that you must definitely not take the metro trains to the Piazza Faminio or attempt to use the Ponte-nenni bridge as these are habitual routes taken by the 'Ultras' to the stadium.

When we visited the stadium recently we also met with representatives of The British Embassy and received some specific advise to pass on to our fans. Will you please, therefore, note the following:-

In terms of the approach to the stadium we are advised that there will be an outer ticket cordon at which full searches will take place. Please be mindful that perfume, make-up bags and bags of coins are prohibited and will be confiscated and will not be returned later.

It is customary in all areas of the stadium for spot checks to be carried out and proof of identity sought. Acceptable proof of identity documents are a passport or a photo driving licence – photocopies are not acceptable.

Whilst this game is taking place in the Olympic Stadium, fans will find some of the facilities fairly primitive. Toilets, particularly female toilets, do not contain the usual toilet pan. There are refreshment facilities but these are quite limited.

PLEASE NOTE THAT THERE WILL BE A HOLD BACK AFTER THE GAME. THIS IS USUALLY FOR A PERIOD OF 90 MINUTES.

We voiced our reservations about this but the police in Rome advised us that it is necessary for the safety of supporters. There is a large video screen in the stadium and we propose to take with us some match action videos to play on the screens, however, the screens will be blank until the stadium is empty of AS Roma supporters.

All tickets are bar coded and there is a sophisticated entry system with full length turnstiles. Supporters with tickets for other sectors will not be permitted to approach those turnstiles and will not be relocated in to our sector. Fans with tickets for AS Roma sectors may be admitted but they do so most certainly at their own risk. The authorities state quite clearly that there will be no alternative.

Important points
Supporters should make sure that they have proper travel tickets (which can be purchased at newspaper stands, tobacconists and machines inside the metro stations) if they intend to use the metro or local buses. Tickets must also be stamped in the relevant machines. There is an immediate 50 euro fine for passengers who do not have a stamped ticket and if this fine is not paid immediately, it increases to 100 euros plus the cost of the ticket.

Crime
Levels of crime are generally low but there are higher levels of petty crime in the big city centres. Take care on public transport and in crowded areas where pickpockets and bag snatchers may be operating. In Rome, take particular care around the main railway station, Termini, on the number 64 bus, which goes to and from St Peter's Square, and when unloading your baggage from airport/city coaches. Also take care in and around railway stations in other large Italian cities. Be particularly wary of groups of children who may try to distract your attention whilst trying to steal from you. Passports, credit cards, travel tickets and cash should not be carried together in handbags or pockets. Only carry with you what you need for the day. Consider making use of safety deposit facilities in hotels.

Cars, at rest stops and motorway service stations are targets for obbers. You should treat with caution offers of help if you find yourself with a flat tyre, particularly on the motorway from Naples to Salerno, as sometimes the tyre will have been punctured deliberately.

Always lock your vehicle and never leave valuables in the vehicle even if you will only be away for a short time or are nearby. There have been a number of cases of cars containing luggage, or of luggage left in cars being stolen. You should avoid leaving luggage in cars overnight or for any length of time.

Be vigilant when travelling on sleepers/night trains. Thieves sometimes operate on trains in Italy and may take the opportunity, during the night, to rob sleeping travellers. Theft can also take place on trains during the day. Do not leave bags containing valuables unattended.

Police in Europe have issued warnings that counterfeit Euro notes are in circulation on the continent. You should take reasonable precautions to ensure that any notes received from sources other than banks and legitimate Bureau de Change are genuine.

Mindful that this information can create the impression that there are serious concerns for United fans surrounding this match, we wish to make it clear that this isn’t the case. Rome is one of the most beautiful cities in the world and the officials of AS Roma have been courteous and helpful in their dealings with us. We want you to enjoy your visit and enjoy the game.

Finally…We are advised by AS Roma that the law in Italy prohibits the issue of duplicate tickets therefore, lost tickets CANNOT be replaced.