Now I'm out in Europe. 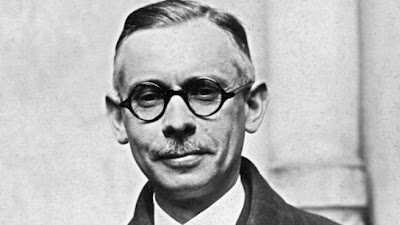 Like most decadent things, you have a Frenchman to thank for today.

Henri Delaunay (1883-1955) was first a player, then referee, club president, high-ranking bureaucrat, higher-ranking bureaucrat, and finally, as you know him, silver trophy. Here is something you probably did not know: Upon retiring from his Paris club team Etoile des Deux Lacs and taking up zebra stripes, Delaunay was struck flush in the face by the ball, broke two teeth and swallowed his whistle. The match he was refereeing, unfortunately for him but fortunately for the endurance of irony, was between AF Garenne-Doves and ES Benevolence.

Delaunay sat on FIFA's board and kept good company: Jules Rimet, another man with a (slightly more famous) trophy named after him (it's what you get when you win the World Cup). He first proposed the creation of the European Championships in 1927, though because Europe had other things to do in the intervening years, the first tournament wasn't played until 1960.

So, raise a glass of Cote du Rhone to your boy Henri as Switzerland take on the Czech Republic today. Portugal and Turkey to follow...